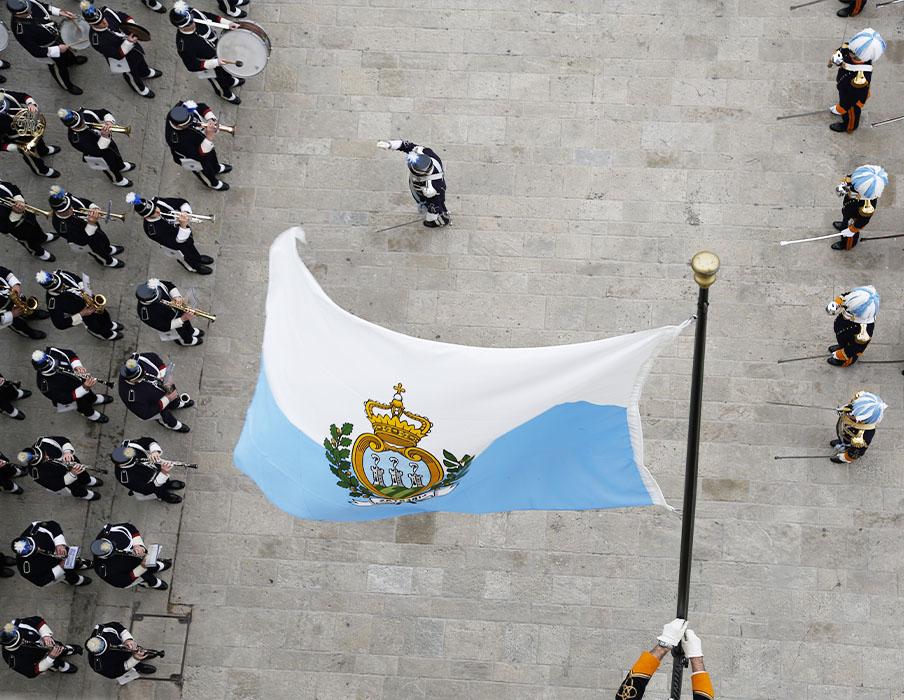 San Marino or foreign nationals residing in San Marino who wish to adopt one or more children shall submit their application to the Law Commissioner, specifying their willingness, as well as family-related and personal reasons underlying their application for adoption and demonstrating that they fulfil the requirements laid down by law.

Under Law no. 49 of 1986 “Reform of family law”, the married couples or single persons meeting the following requirements are allowed to adopt:
a)    having attained 25 years of age;
b)    being able to educate, support and take care of the children they wish to adopt;
c)    the difference in age between the adopters and the adoptees is not less than 18 and not more than 45.

It is important to consider that in the case of intercountry adoption further criteria may be laid down by the Authorities of the States of origin of the children.

San Marino has been a State Party to the Convention since 2004. This instrument obliges signatory States to establish common provisions in order to ensure that intercountry adoptions are made in the best interests of the child and with respect for his or her fundamental rights, and to prevent any form of exploitation.

With regard to children habitually resident in other countries, Law no. 83 of 1999 “Law on adoption of foreign children, as amended by Article 3 of Law no. 68/2008, shall apply.

The Hague Convention provides that a child can be moved for adoption purposes from his/her State of origin to another country only:

if the Authorities of the State of origin:

-    have established that the child is adoptable (declaration of the state of adoptability issued following the notice of abandonment of the child);
-    have determined, after possibilities for placement of the child within the State of origin have been given due consideration, that an intercountry adoption is in the child's best interests;
-    have established that any consents required for adoption have not been induced by deception, or payment or compensation of any kind;

and if the Authorities of the receiving State:

-    have determined that the prospective adoptive parents are eligible and suited to adopt;
-    have ensured that the prospective adoptive parents have been counselled as may be necessary;
-    have determined that the child can be authorised to enter and reside permanently in that State for adoption purposes, after having checked all documents issued by the authorities of the State of origin of the child.

All intercountry adoption proceedings taking place both in the receiving State and in the State of origin shall be carried out through the Central Authorities of the respective countries.

So far, those residing in San Marino have adopted from various countries, both Stats Parties and non-States Parties to The Hague Convention, whereas, as of June 2016, adoption procedures are underway with the Philippines, India, Bulgaria and Slovak Republic.

Submitting an application for adoption to the Judicial Authority is a sine qua non condition to allow the Minors’ Service to verify that the prospective adoptive parents are eligible to adopt.
Such application shall be supported by the following documents:

Documents shall be dated no more than three months prior to the date of submission.

After verifying that the adopters fulfil the requirements envisaged by Law no. 49 of 26 April 1986 and obtaining the report of the Minors’ Service which, after having carried out a detailed psychosocial enquiry, assesses that the prospective adoptive parents are suited to educate and raise a child, the Judicial Authority issues a decree of suitability to adopt.

Who are the actors involved?

Central Authorities shall take, directly or through public authorities or other bodies duly accredited in their State, all appropriate measures, in particular to:

As regards the documents issued by the San Marino Central Authority, there are three documents that must necessarily be included in every adoption procedure, namely:

The Intercountry Adoption Office of the Republic of San Marino, established by Law no. 68/2008 at the Department of Foreign Affairs, provides operational support and public relation services.

Only after obtaining the decree of suitability to adopt, the prospective adoptive parents, in the event they decide to initiate an adoption process in a State Party to The Hague Convention, shall go to the Intercountry Adoption Office and complete the application form.

The following documents shall be enclosed with the form:

The Office shall transmit the documents requested by the Central Authority for Intercountry Adoption of the chosen State, as well as constantly inform and assist the prospective adoptive parents. If necessary, it shall urge diplomatic or consular authorities, as well as San Marino competent offices to take action.

As mentioned above, the Court receives the applications for adoption and, if the requirements envisaged by law are met, it mandates the Minors’ Service to carry out the psychosocial assessment. If the outcome of such assessment is positive, it issues a decree of suitability to adopt.

It carries out the psychosocial assessment and verifies the prospective adoptive parents’ eligibility to adopt. After the arrival of the child, it is entrusted with the task of supervising his/her family and social integration. It provides advice and support in order to ensure the best material and moral assistance to the child.

As stated above, the prospective adoptive parents who are declared to be eligible for intercountry adoption and reside in San Marino must decide whether to undertake the adoption process through the Central Authority or an accredited body.

In San Marino, the list of accredited bodies  is approved on a regular basis by means of a Government decision.

These entities shall fulfil the following duties and obligations:

The number, modalities and timing of such reports vary according to the State of origin of the adopted child.